Kusadasi which means "bird island" in Turkish, is set in a superb gulf in the Aegean region of Turkey and is known for its turquoise sparkling water of the Aegean Sea, broad sandy beaches, bright sun and large marina with a capacity for 600 boats.

A glorious ancient city stands beside it, Ephesus with millions of visitors from tours each year. The town is only 80 kilometers (50 miles) from Adnan Menderes Airport in Izmir. Numerous holiday villages and hotels line its shores and hundreds of restaurants serve food from all around the world and, of course, Turkish Cuisine, which is one of the largest cuisines of the world. There are also many hostels, discos, bars, cafeterias, pubs and “Turkish Nights”; all those to cater to holiday-makers.

Kusadasi has retained a certain earthiness to it and inexpensive meals and pensions can still be found in town. Many shops do a brisk trade with passengers from hundreds of cruise ships that dock for a day or two, allowing enough time for a trip to Ephesus and a shopping expedition.

The tiny Güvercin Adasi (Pigeon Island) is connected to the mainland in the town center with a causeway. Its romantic setting includes a well-maintained flower garden that surrounds the restored 14th-15th century fortress housing a cafeteria.

Beaches close to town tend to get quite crowded during summer. If you prefer more serenity, head for Dilek Peninsula National Park, about 28 kilometers (17 miles) from Kusadasi. It is also possible to get to the Greek island Samos by regular daily ferries.

Lately, many foreigners have bought property in and around Kusadasi for their holidays or for retirement. It became a popular area, especially for the British and Irish nationals.

Around 2000 BC people coming from Lelek, Caria and Lydia had settled down as a society to the slopes of Pilav Mountain. Later one by one with the unit settlements Pigalle, Maratheson, Neopolis, and Panionion came to life; Ionians and later Romans by Ephesus coming into the dominance of Rome had lived in these lands.

Today’s Kusadasi is founded in the 16th century by Venetians as a colony. The castle on the small island was built for the purpose of observation in Byzantine times. In the Middle Ages Kusadasi was ruled by Venetians and Genoese which had taken the name of Scala Nova.

The city was surrounded by castle walls for being protected from the violence of pirates, very common in the Mediterranean those centuries. It’s known that there is an Ionian Region of Kusadasi. This had taken an important harbor mission on Asia – Europe trade road for many years.

In the period of Scala Nova, the Armenians were dominant to trade, Greeks and Jews had joined to them. With the Manzikert (Malazgirt) War in 1071, Seljuk Turks had started to spread in Anatolia. During the process of Turkish principalities formation in 1304, Sasa Bey had been the authority of Kusadasi and its surroundings. Mehmet Bey had connected this vicinity to Aydinogullari after Sasa’s death.

Kusadasi is a harbor town and Turks had kept this in mind. Although they were nomads from central Asia and far away from the maritime business, they had learned maritime as well as the Ephesians in a short time. They had lived comfortably with the spoils they caught at naval battles. Kilic Arslan added this town to the Selcuk government and Scala Nova again had become the exportation gate of Anatolia in 1186. Sultan Yildirim Beyazit had joined Ayasulug (in Selcuk town) to his principalities and the city became Ottoman in 1390. 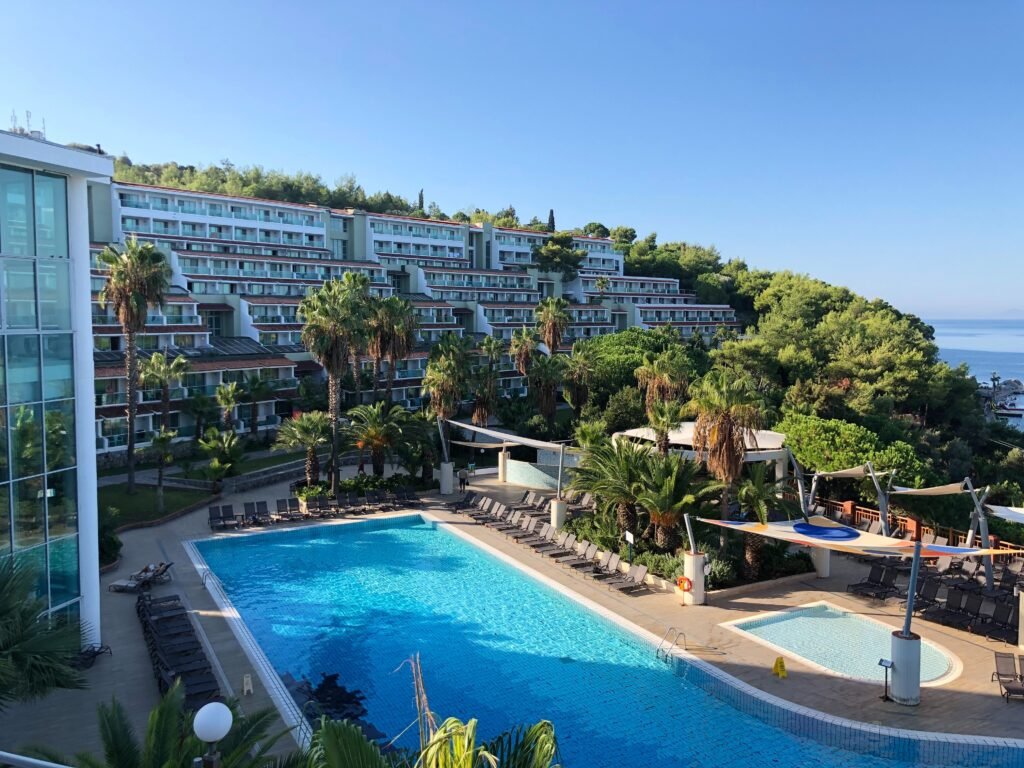 At the beginning of the 15th century, Tamerlane decided to take the whole of Anatolia under his sovereign, but when he couldn’t take Ayasulug he put the castle on fire in which Ottoman soldiers resisted, and St. Jean’s Church was damaged very badly. With Celebi Mehmet I Kusadasi had gathered to the Ottoman Empire again and became a district.

At the end of the First World War, the Ottoman government was defeated, so Kusadasi was given to Italians with a treaty, and under their rule, the town was filled with Turks, Greeks, Jews, Armenians. Most of those minorities left the country on 7th September 1923 after the War of Independence led by Atatürk. Lands between Güzelcamli and Selcuk, the estates of Greeks which went back during the agreement to exchange minorities between Greece and Turkey, were given to Turkish immigrants in return for their properties there; the same was done by the Greek government. This migration was between 1941 and 1955.

For areas to visit near Kusadasi visit https://visit-turkey.org/destination/aegean-region/