The history of Izmir dates back to 3000 BC according to the results of historical knowledge and archaeological excavations. Findings and many investigations have been made to enlighten its history: The continuous excavations on the Bayrakli ridges by Prof. Dr. Ekrem Akurgal since 1959, the discovery of the Zeus Altar by the German archaeologist Carl Humman in Pergamon (Bergama) between 1866 and 1878.

The discovery of the Artemis Temple in 1869 by the British Wood and the continuous excavations by Austrian archaeologists at certain intervals of the city of ancient Ephesus since 1904. Also, many researchers in different universities are still investigating on the city’s historical development.

In the years of 3000 BC, Western Anatolia was under the influence of Trojan civilization. The settlement areas built on the Aegean coast also developed generally under their influence. The Hittites which Homer wrote about in the Iliad, were an active force and civilization in the Anatolian mountain pastures because the Trojans were allies of the Hittites and they had a big influence on the Aegean settlements. As a matter of fact, Pitane (Çandarli) in the Bakirçay River basin and similar settlements were built by the Hittites. It is believed that the Amazons lived in the area between Caria and the Lydia which today is the sides of the Yamanlar Mountains, and they carried on their existence until the arrival of the Aiolos and the Ions.

The Aiolos and the Ions who Fled from the Doric invasion around 1000 BC, came from Greece and settled in Izmir and its surroundings. The important Aeol and Ionian settlements are as follows: Pergamon (today’s Bergama), Magnesia (near Manisa), Smyrna (Izmir), Klazomenai (Urla), Nimphaion (Kemalpasa), Erythrai (Ildiri, near Cesme), Teos (Sigacik), Phokaia (Eski Foça), Ephesus (Selcuk).

Until the 7th century, BC Izmir got richer because of its trade with its neighbors, especially with Lydia. Their good neighbor relationship lasted until the Lydians were conquered by the Persians. The Persian sovereignty ended with Alexander the Great’s arrival into Anatolia in 334 BC. In these years, in which the Hellenistic period began, a new settlement was formed around Kadifekale (ancient Mount Pagos) and its city walls belong to the Hellenistic period and have undergone many restorations in the following periods.

The city, which was tied to the Pergamon Empire in 197 BC, passed into the control of the Roman Empire which transformed Izmir into an important trade and harbor city. For the west, Izmir was seen as the center of Asia. In this period the Agora, Acropolis, Theater, Stadium, and constructions that didn’t survive until today, like the libraries and the fountains, were built during this period. 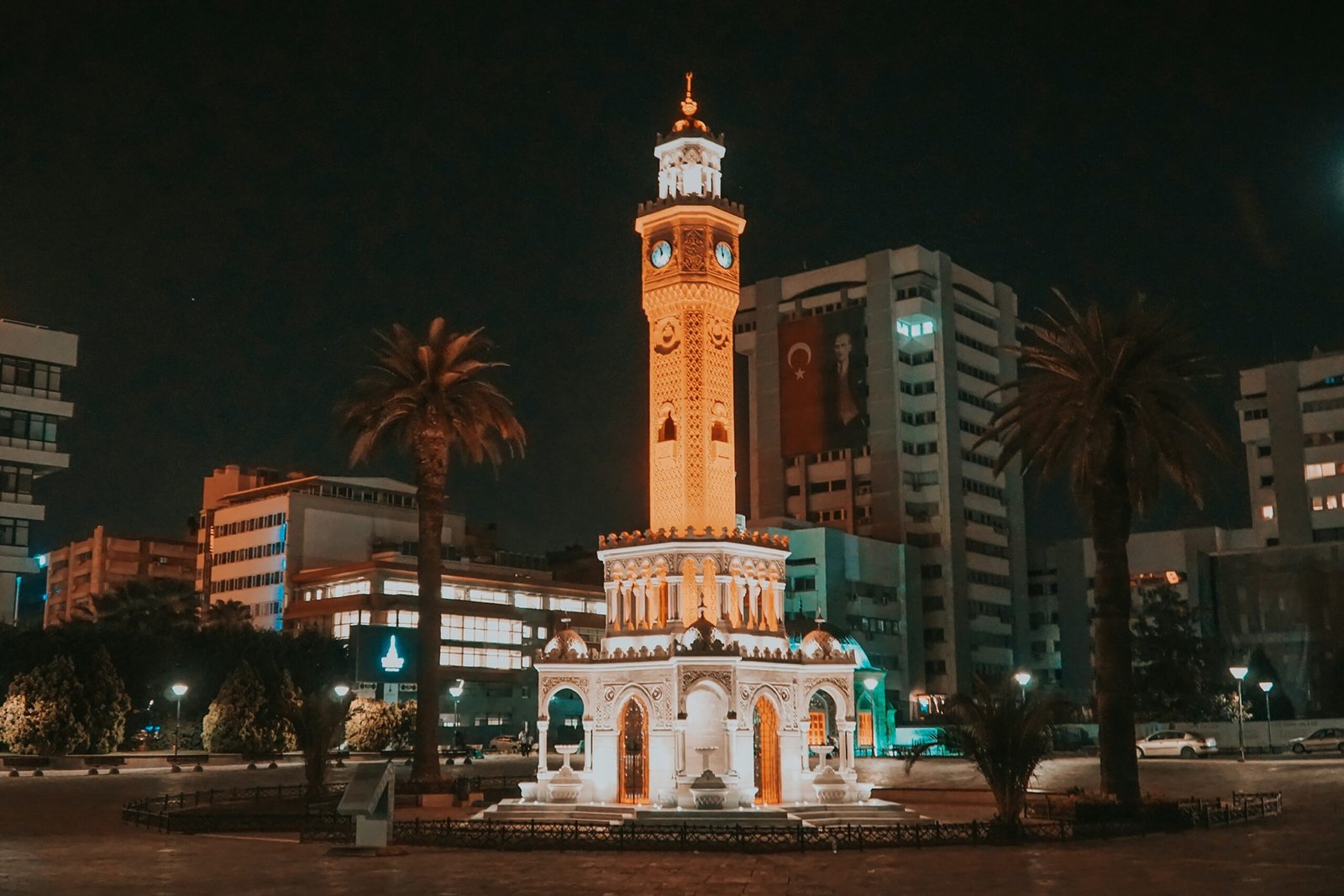 The two roads stretching from Kadifekale (Mt. Pagos) to Ephesus and Sardis were built during the Roman period. In 324 AD after the division of the Roman Empire into two, Izmir had been taken by the Byzantine Empire. Ephesus was an important cultural and religious center during the classic Hellenistic, Roman and Byzantine periods.

Even though Izmir came into the possession of the Hun Emperor Attila, this authority did not last long and the city was re-taken by the Byzantines.

Kutalmisoglu Suleyman Shah in 1076 was the first conqueror of Izmir by the Seljuk Turks. After the famous sea admiral Çaka Bey was appointed as the mayor of Izmir; Urla, Foça and the islands of Sakiz (Chios), Samos and Istanköy (Cos) were conquered. After Çaka Bey’s death the city and its surroundings passed into the possession of Byzantines again in 1098, and then was invaded by the knights of the Crusade. In 1320 the Turkish sailor Umur Bey captured Izmir from the Catholic knights.

Beginning with the 16th century Izmir had an important place in world trade. There was an increase in the consulates of foreign countries especially due to the capitulations that the Ottoman government provided for Europe. These foreign missions participated in the trade activities and each anchored their ships in the bay.

A castle was built on the narrowest point of the bay to check the ships entering and leaving the Izmir Gulf. New constructions were built in the second half of the century to help to develop the city’s trade. Among these constructions, the most important examples are the Customs building in the 19th century, the sectors of packing, insurance, stock and banking.

During the struggle of Liberation, Izmir underwent great wreckage with huge destructions and fires. With the driving away of the Greek army by the leadership of Mustafa Kemal Ataturk on September 9th, 1922, Izmir started to become a modern city of the young Turkish Republic and developed this character more every day.

Today, Izmir is the third-largest city of Turkey with a population of over 4,4 million. It’s a modern city and one of the main hubs for exporting various agricultural and industrial products from its port. The 23rd Universiade Summer Games were held in Izmir between 11 – 21 August 2005. There are several interesting small towns and holiday resorts around Izmir such as Foca, Sirince, Cesme, Alacati, Seferihisar, Teos, Urla, Gumuldur, Selcuk and so on.

For areas to visit near Izmir visit https://visit-turkey.org/destination/aegean-region/ 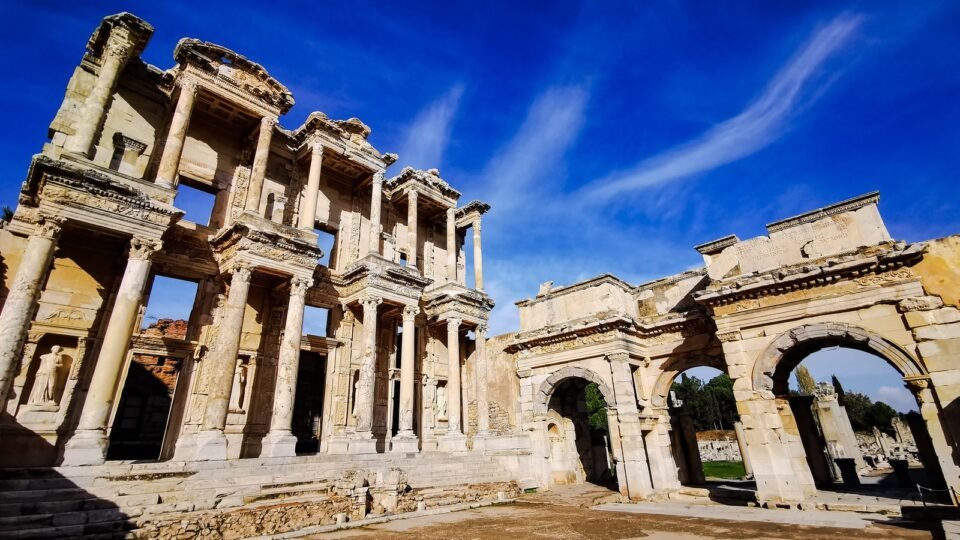