In 1964, the Bodrum Castle was home to the Bodrum Museum of Archaeology. Initially, the aim was to rebuild the castle; later, exhibition halls were built within the available space.

In today’s Museum of Bodrum, there are 14 display halls. The museum’s name implies that it focuses mostly on undersea relics. With the support of Paşabahçe Glass and Bottle Factory, the Glass Hall debuted in 1986 with an ongoing exhibition of glass and glassware.

This page provides general information about the museum’s glass collection. The specimens are displayed in a gloomy environment with lighting from below. This kind of display allows for a clearer view of the glass’s many marks and hues. On display are examples dating from the 14th century BC to the 11th century AD. There is also an aquarium in the hall, which is set into an indentation in the wall. A modest, but accurate replica of an underwater excavation is included in the aquarium.

The 14 impressive departments in the museum

Treasure from the deep seas!

The Uluburun Shipwreck Hall, which is set to open in 1999, will house all of the specimens discovered during the excavations of Uluburun between 1984 and 1995. Prof. Dr. George Bass directed the initial excavation and analysis of the world’s oldest shipwreck, which dates back to the 14th century BC.

Cemal Pulak is affiliated with the University of Texas at Arlington and thus the Underwater Archeology Institute. A team led by T.Ouz Alpözen, director of the Bodrum Museum of Marine Archaeology, discovered and dated this wreckage in 1982. Copper ingots made up the majority of the ship’s cargo. There are also about 150 flat, spherical glass ingots in resin, cobalt blue, turquoise, and lavender colours.

The oldest glass objects in the Bodrum Museum of Archaeology are these ingots. The shipwreck, which dates from the late Roman period (4th–5th century AD), was discovered near Yassada at a depth of 36–42 metres.

It was excavated between 1967 and 1969 at The University of Pennsylvania, under the leadership of Prof. Dr. George F. Bass. One entire glass jug was discovered within the excavation, along with several amphorae. The Glass Hall has this glass jug on display.

Before 1997, it had been recreated to its original size in an old chapel that had been used as an exhibition space. Within the recreated ship, both models and real-life specimens are on display. After going aground on a sandbar near Yassada, the ship is thought to have sunk. 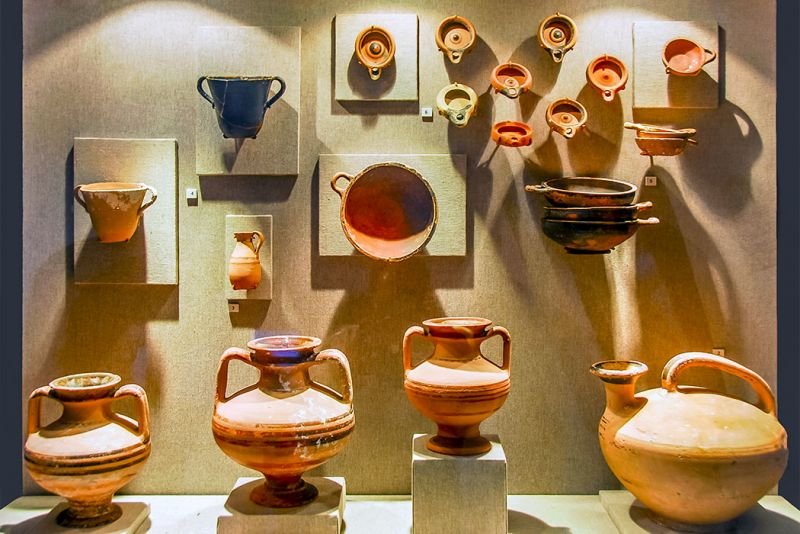 It was undoubtedly transporting provisions for Emperor Heraclius’ army during the Persian war. The East Roman shipwreck yielded only one 7th century AD glass bottle, which is now on display in the hall.

Prof. Dr. George F. Bass investigated and researched a shipwreck found at a depth of 32 metres in Serçe Liman (Harbor), 24 miles west of Marmaris, between 1977 and 1979. The ship featured two latten sails, each 16 metres long and 5 metres wide, with a cargo capacity of 35 tonnes, according to excavation findings.

The broken glass and glass ingots packed in bags and baskets in the ship’s hold indicate that it was a commercial ship. Sumac and raisins, as well as broken glass bits, were transported in the amphoras. Measured copper coins, golden Fatimid coins, and glass stones with the name of the Fatimid caliph printed on them were used to date the ship.

The Archaeology Museum is undoubtedly Bodrum’s best attraction. The Knights of St. John add to the mystery.

The Turkish Ministry of Culture, local Bodrum sponge divers, and the Institute of Nautical Archaeology have collaborated to produce and support ongoing efforts to showcase and conserve the deep blue sea’s ancient treasures. The Ministry of Culture constructed the above-mentioned hall to house the timber remains of Serce Liman’s demolition, as well as its libation and other relics.

For more information about the Museum from the Ministry of Culture and Tourism visit: https://www.ktb.gov.tr/EN-120300/the-bodrum-museum-of-underwater-archaeology.html 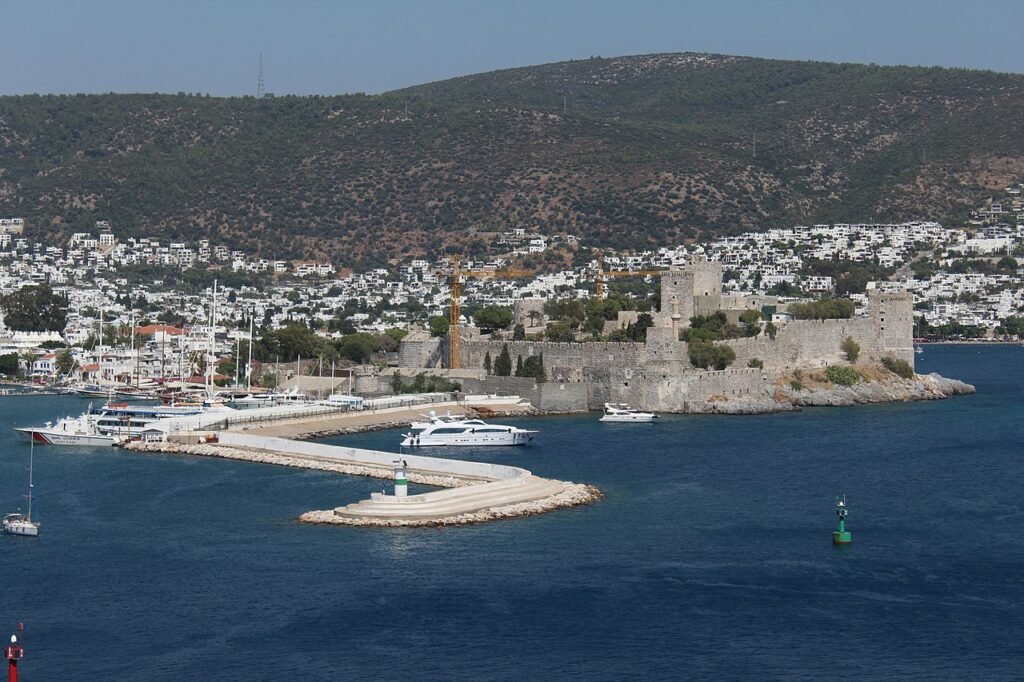