The story of Hatay begins with the Paleolithic Age (Early Stone Age). The earliest inhabitants of the region were the Prototigris who later came under the rule of the Akads in the first half of the 3rd millennium BC.

In the 2nd millennium BC the Amik Plain was invaded by the Subars, one of a confederation of city-states united by a common language and traditions. Of these, the Yamhat Kingdom, based in Aleppo governed the whole plain.

Towards the end of the 17th century BC the Hittites, as a result of their raids from Anatolia, totally conquered Gaziantep, Aleppo and the Hatay region. Hittite rule in Hatay was brought to an end after 140 years by so-called sea-tribes from the west. After the collapse of the Hittite Empire in 1190 BC, Hittite principalities in the Amik Plain united under the name of Hatina and choose Kanula (present-day Catalhoyuk) as their capital. These united principalities continued their independence until 841 BC.

At this time the Assyrians began their control over the plain. In 538 BC the Persians extended their control as far as Issos (present-day Yesilyurt – Dörtyol) and brought an end to Assyrian rule and controlled the whole of Anatolia (Asia Minor). In 333 BC Alexander the Great brought Persian rule in Hatay to an end by his victory over Darius, the Persian king, at Issos. After Alexander’s death, the conquered lands were divided amongst his generals. One of them, Seleucus, the Satrap of Babylonia, later extended his rule to the whole of the Eastern Mediterranean after defeating Antigonus at Issos in 311 BC. Seleucus founded the port of Seleucia in the district of present-day Samandag. The port grew rapidly and became an important Eastern Mediterranean town and port.

The foundation of ancient Antioch, modern Antakya, was around 300 BC. Antioch rapidly developed into a major administrative, religious and commercial center. Until the coming of the Romans, the city had problems with her neighbors like the Persians, Egyptians and Romans. In 148 BC it was almost totally destroyed by an earthquake. The last king of the Seleucid Dynasty, Antiochus XII, ceded his Kingdom to the Pompeian Roman Empire in 64 BC and Antioch became a Roman province.

Other areas to visit near Hatay

Romans recognized certain rights of Antioch and aided construction in the city; city walls, an acropolis, amphitheater, courthouses, baths and aqueducts were constructed. In 42 BC Antioch was one of the largest cities in the world after Rome, Alexandria and Ephesus. It became the center of learning and science, religion and commerce in the Near East.

It was in this period that the custom of laying intricate mosaics on the floors of buildings and the greatest craftsmen of the world gathered in Antioch to create their masterpieces. There were two great fires, several earthquakes and some riots with extreme violence that caused the death of the majority of her population. In 71 AD a big fire totally destroyed the city library, religious buildings and many houses but Emperor Trajan had the city rebuilt. It was in Trajan’s time that the great Temple of Diana at Daphne was built. After Trajan’s death, the construction work was continued by Hadrian.

After the death of Christ, one of his apostles, St. Peter came to Antioch to spread the gospel. He soon gathered many new converts even though he was forced to worship in a secret cave known today as the St. Peter’s Grotto. As the number of new devotees grew the cave was extended and tunnels were carved as protection from enemy attacks. Today this cave is still an important site of pilgrimage for Christians. Christianity spread rapidly and Antioch became one of the most important centers of the faith. It was also here where the followers of Christ were first called “Christian”.

Upon the division of the Roman Empire in 396 AD, Antioch was made dependent on Eastern Rome (Byzantium). In 638 it was conquered by Muslim Arabs and later by Turks. In 1097, after a siege of nine months, the city fell to the Crusaders. Several times Muslim armies tried unsuccessfully to retake the city until it was recaptured by the Mamelukes. In 1260 it was captured by the Mongols but was regained by the Mamelukes seven years later. In 1520 the city was captured by Sultan Yavuz Selim whilst he was on his Egyptian campaign and Antioch was added to the Ottoman Empire.

After the Treaty of Montreux in 1918, the administration of Antioch passed to the French. On the 5th of July 1938, after years of struggle, the Turkish army entered Hatay. After eleven months, by a referendum and vote of Hatay Assembly, on 23rd of July 1939, it joined the Turkish Republic. As of 2016, its population is over 1,5 million. There are also tens of thousands of Syrian refugees who settled here because of the war.

Antakya, the biblical Antioch, is situated on the Asi River (ancient Orontes) in a fertile surrounding. Antakya was once the capital of the Seleucid kings and the life they lead in Antakya was renowned for its luxury and pleasures during Roman times. The city was the center of Christianity and had been visited by St.Barnabas, St.Paul and St. Peter. The city was also famous as a center of artistic, scientific and commercial activities.

The Hatay Museum deserves a particular interest because it houses one of the richest collections of Roman mosaics in the world.

A little outside the city is the holy site where Saint Peter’s Grotto is situated. The cave church is the place where St. Peter preached and founded the Christian community. It was declared as a holy place by the Vatican in 1983. The Iron Gate of Antioch is to the south of the grotto among the ruins of the city. One can sense these far off times since little has changed since that time. The Castle of Antioch will give you a panoramic view of the city.

Harbiye, 8 kilometers (5 miles) from Antioch, is the place where Apollo fell in love with Daphne and tried to have her, but Mother Earth, in order to save Daphne, turned her into an elegant tree. The site is full of these trees accompanying the orchid gardens, and waterfalls where you may have a pleasant meal. Saint Pierre Church, Haron Carving are the main historical remains.

For both beach and sightseeing opportunities, Samandag is perfect. Seleucia Pieria, 6 kilometers (3,7 miles) south of Samandag, is the ancient city that was a busy port at the time when Paul and Barnabas made their first missionary journey from here. The Titus – Vespasianus Tunnel which was built to divert the rain waters, even by today’s standard, is a superb example of engineering. Nearby there are 12 rock tombs to be visited.

A drive to Kapisuyu village will provide you with a fascinating scene from the Zeus Temple. There is an excellent view from there of the harbor, sandy beach, and fertile plain lying below.

There are many picnic and camping areas. Outdoor sports such as hunting and fishing and thermal springs facilities are the other attractions. 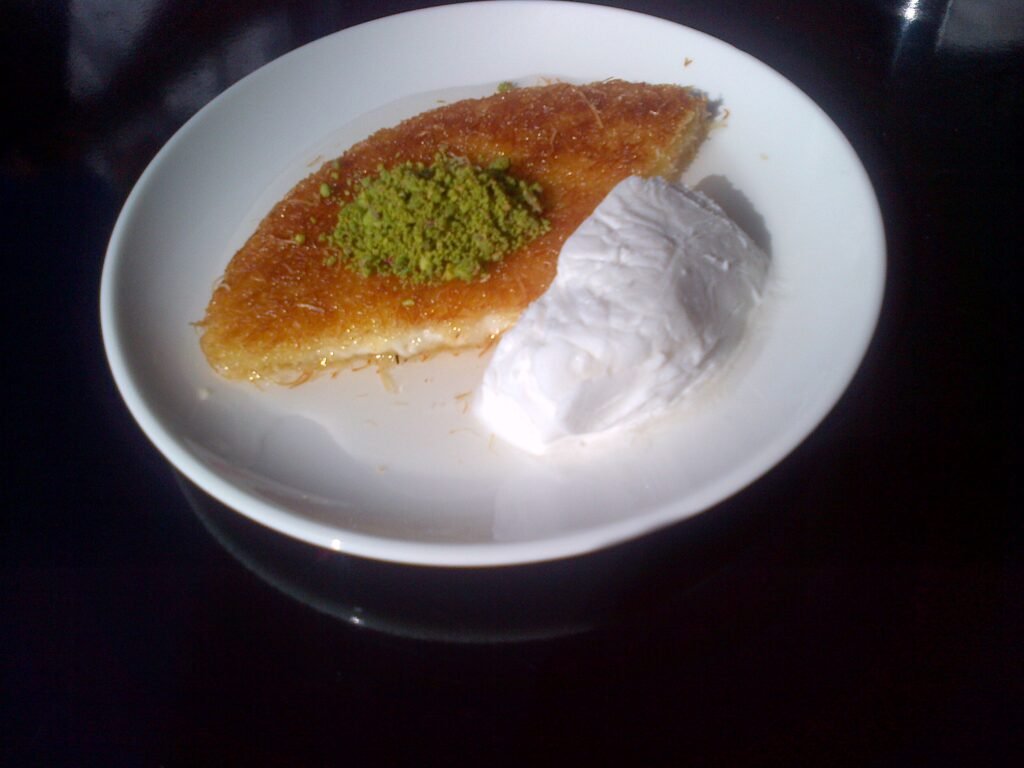 The famous Turkish desert ‘Kunefe’ is originally from Hatay. We highly recommend trying this amazing desert if you have a sweet tooth.