Gobekli Tepe in Turkish means "the Hill with a belly", and is located about 15 kilometers (about 9 miles) northeast of Sanliurfa province. It was first discovered in 1963 by American and Turkish anthropologists but the excavations started in 1995 by Germans.

The archaeological site, which is excavated by a German and Turkish team was run by Dr. Klaus Schmidt until his death in 2014, brought a great mystery to the history of Anatolia displaying the development of human societies. What makes this site unique is not just the size or the beauty of the monuments, but the date when they were built; approximately twelve thousand years ago, dating back to the Mesolithic Age and the Pre-Pottery Neolithic Age (Mid Stone ages). In other words, 10.000 years before the founding of the Roman Empire, 8.000 years before the Hittites, 7.000 years before the Great Pyramids in Egypt and the Stonehenge in the UK. Gobeklitepe is the oldest place of worship yet discovered, it’s the World’s First Temple, and it was settled before Catalhoyuk. Gobeklitepe was not a site used for hunting and shelter, but it was a cult center used for religious and spiritual needs. It’s also said that these people have started the first agriculture in history even though they were hunters and gatherers, not farmers. Some even mention that this could be the “Garden of Eden” of Adam and Eve.

When you first arrive at the site you notice the size of the dig and also the fantastic T-shaped obelisks, the largest of which weighs about 25 tons, each one having reliefs of wild boar, bulls, foxes, lions, birds, snakes, scorpions, ants, spiders and insects. Some of the obelisks had been worn down over time, but many of them are in excellent shape. On some of these monoliths, there are also signs resembling the letters “H” or “O”, therefore some people claim that those who built Gobeklitepe had also invented writing. Most probably these were sacred symbols rather than Latin letters. Of course, there are no scientific studies on this topic yet.

These monoliths were removed from several stone quarries around the site. We’re talking about an age that there was still thousands of years to the discovery of metal chisels or hammers and that the best cutting tool available was made of a piece of flintstone, with which they had to cut 25-ton obelisks out of the bedrock, carve those beautiful animal figures on them, and drag them to the site and lifting them upright. 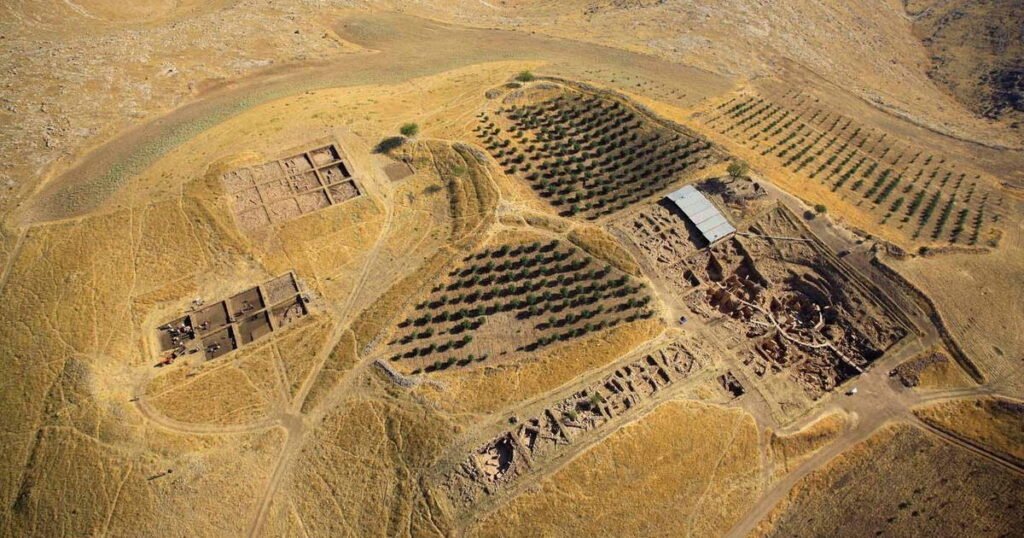 The houses or temples are mostly independent round megalithic buildings. There are several circular structures with a diameter ranging from 10 to 30 meters (30 to 100 feet) which are surrounded by rectangular stone walls about 2 meters (6 feet) high. The limestone pillars which probably supported roofs are about 3 meters (9 feet) tall. You can also notice several rectangular rooms with floors made of burnt lime and clay. For some reason, these people stopped using the Gobeklitepe complex around 8.000 BC and they deliberately “buried” the city with dust.

Today, many of the smaller monuments and artifacts from Gobeklitepe can be seen in the Urfa Museum. In 2018 the archaeological site has entered into the List of World Heritage Sites of UNESCO. 2019 was declared as the “Year of Gobeklitepe”, which will lead to a tourist influx for Sanliurfa province through cultural and social events.

For areas to visit near Gobekli Tepe visit https://visit-turkey.org/destination/eastern-anatolia/