Situated at an altitude of 1275 meters (4183 feet), Sivas is the highest city of the Central Anatolian Region, and the most mountainous one with numerous peaks. This uneven land has been the shelter of many tribes from the earliest ages to more recent periods, from which remain many notable monuments.

Sivas being at the junction point of the Persia and Baghdad caravan routes, was once a busy commercial center. During the interval between 1142 and 1171, it was the capital of the Turkish Danismend Emirs. Later, under the rule of the Seljuks, it became a cultural center with importance given to learning and scholarship.

One of the outstanding numerous Seljuk works of art and architecture is Izzeddin Keykavus Sifahanesi, which was “a house of recovery” in those times; in other words “a hospital”. It was built in 1217 by the order of the Seljuk Sultan, and its decoration with painted tiles is beautiful.

Gök Medrese (theological school) and Buruciye Medrese, both built-in 1271, constitute the best examples of wonderful Seljuk artistic works. The Ulu Mosque of the Danismend Emirate is another fine historical monument, reflecting a different style. The Cifte Minareli Medrese of the same year is also noteworthy with its twin minarets rising elegantly on both sides of its ornate portal.

Throughout the long history of the city, Sivas played an important role during the War of Independence; the National Congress which was held here in 1919 decided to fight for the liberalization of Turkey. The school building used then is now the Ataturk and Congress Museum, in which the relevant documents of the congress and the war are on display together with ethnographical finds and local handicrafts.

The ancient town of Divrigi is located 165 kilometers (103 miles) southeast of Sivas, it was once a Byzantine site. By the 12th and 13th centuries, it was the capital of Turkish Mengucek Emirs, and the remains of Ulu Mosque of 1229 and a citadel remain from the period. The Baroque style portal of this magnificent mosque is a real masterpiece of stonework, and this monumental building has been declared by UNESCO to be one of the eminent cultural heritages of the world.

Famous late Turkish folk poet and minstrel Asik Veysel was born in Sivrialan village of Sivas in 1894. He lost his visual ability at a very young age due to pox but he continued writing and singing until he died in 1973. His house has been restored and opened as a museum in 1982.

Besides its historical treasures, the city possesses several other specialties such as Balikli Kaplica, an interesting spa in the town of Kangal. It is a thermal spring filled with tiny fish living in the hot waters, which provides a different type of cure for skin complaints. It is the first and the most notable center for a cure in the world for “Sedef Hastaligi” (psoriasis). Soguk Cermik is another spa center. Hafik, Todurge (Zara), and Gokpinar (Gurun) Lakes are some of the interesting places for picnicking, boating and fishing. 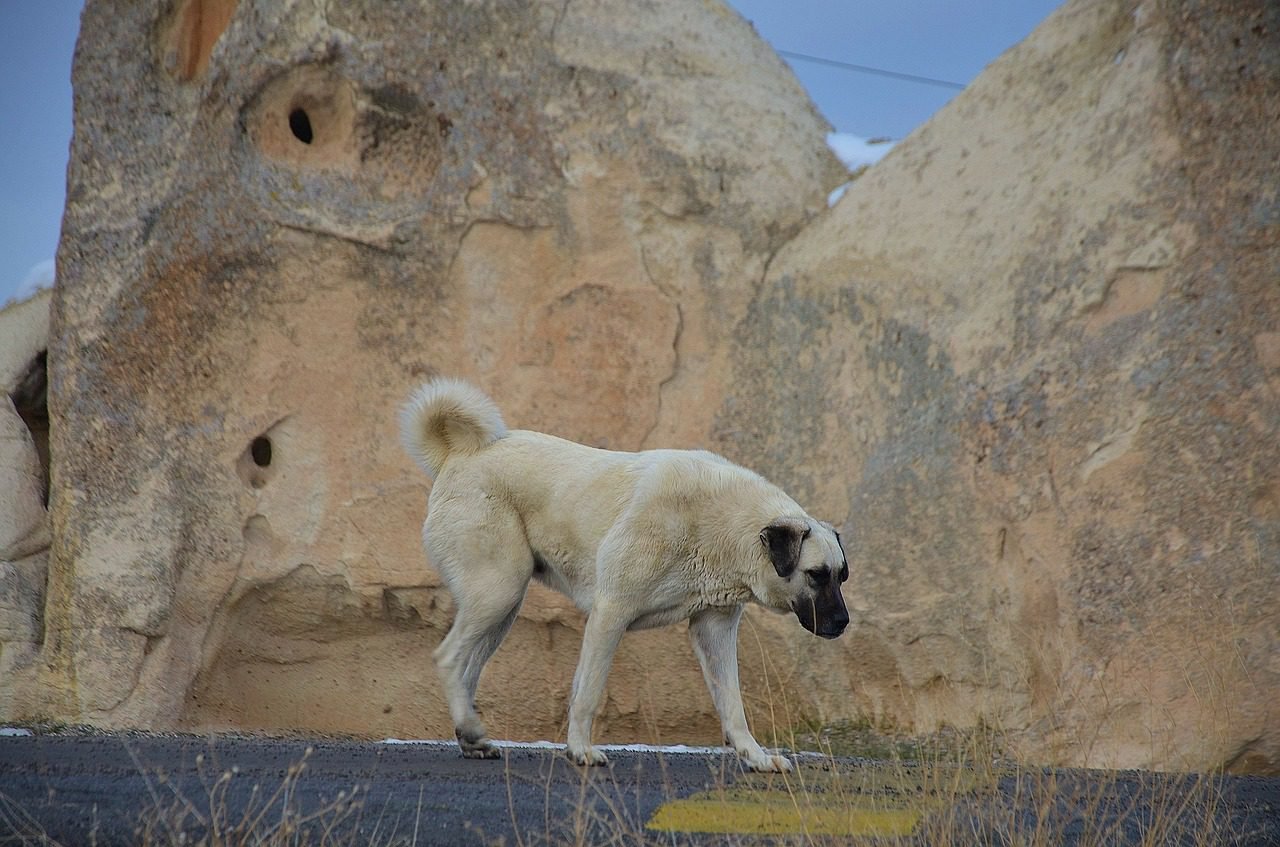 Image by GLady from Pixabay

Another special characteristic of this town is the world-famous Kangal dogs, located at Kangal town 68 kilometers (42 miles) south of Sivas. These sheepdogs have proven their loyalty and success even in the harshest climates such as in this province, and are confidently used in the area of police and military work.

Sivas is also known for its fine carpets of numerous designs and colors. These locally produced weavings offer a wide variety of choices, and the inherent high quality is not subject to variation.

For areas to visit near Sivas visit https://visit-turkey.org/destination/central-anatolia/