Karabük is a province of Turkey in the Northern part of Anatolia, located about 200 kilometers (124 miles) north of Ankara. Until 1995 it was a district of Zonguldak then it became a province of its own by a government decree.

It was built in the 1930s as the seat of the iron and steel industry of Turkey. Its area is 1.376 square kilometers with a population of 240.000 approximately (2016). Karabuk lies in a location near the Filyos river formed by the merge of the Arac and Soganli rivers. Districts of the city are Safranbolu, Yenice, Eflani, Eskipazar, and Ovacik.

In the old times, Karabük was an important route between Amasra on the coast and central Anatolia. The history of the city goes back to the early years of the Republic, it was a small sub-village formed by 13 houses in the Oglebeli village of Safranbolu. There was also a small train station on the route of Ankara – Zonguldak. It started to develop with the industrialization of the country. One of the first steal factories of the Republic was built here in 1939 after which it grew rapidly.

There are no proven facts about the origin of its name; in Turkish “Kara” means Black or Land and “Bük” means corner. But some local people believe that Bük is the name of the vegetation in the area, so maybe Karabük means “Land of Bük vegetation”. 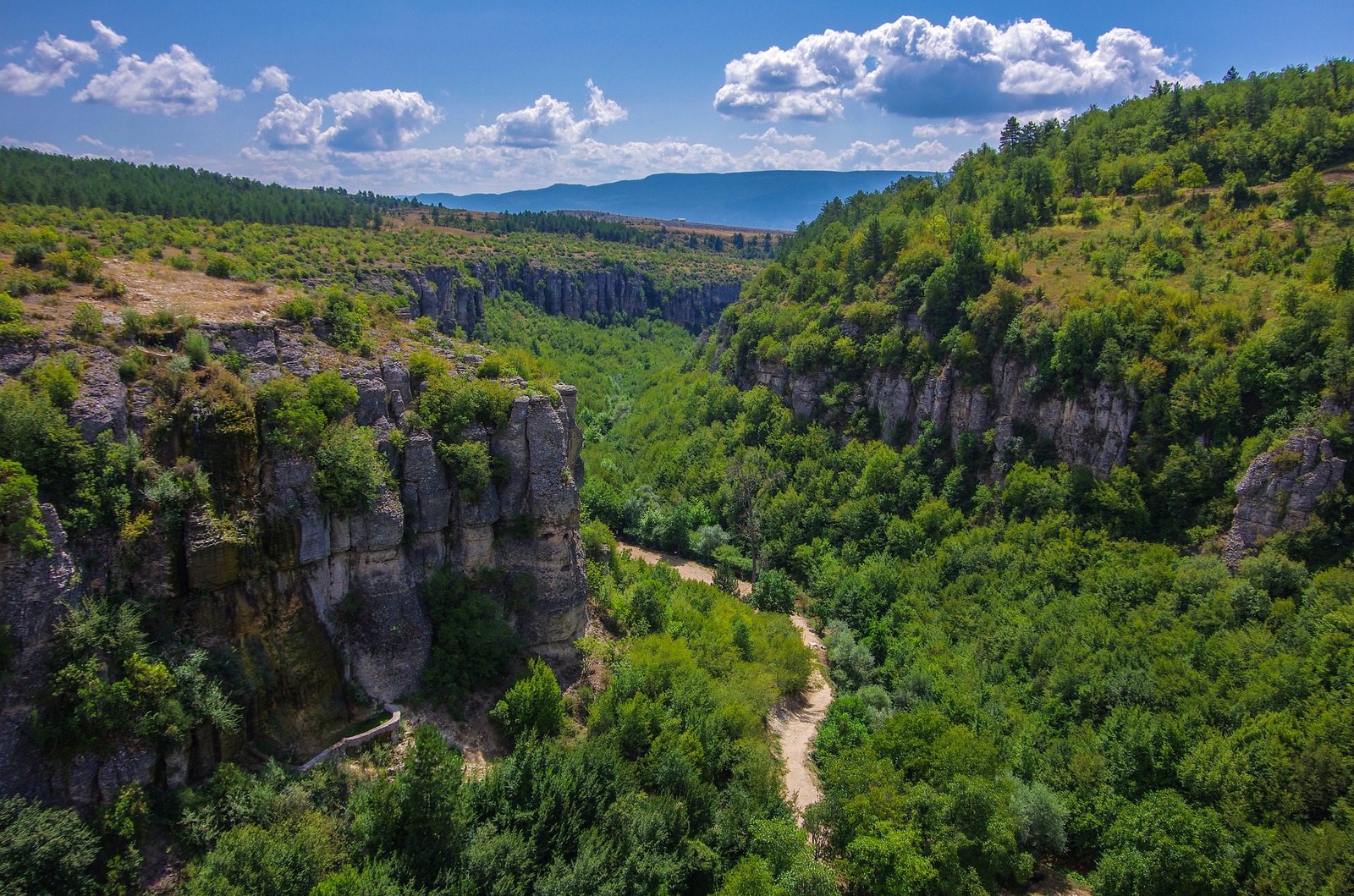 Karabuk has its own resources of dolomite and limestone, while coal and manganese are brought from Zonguldak and iron ore from Divrigi. This allows a varied, yet basic industry in Karabük, including a coking plant, blast furnaces, a foundry and tube works. There are also chemical plants that produce sulfuric acid and phosphates. Nearby are the Zonguldak coal fields.