Aydin is one of the major cities in the Aegean region of Turkey and is growing very fast. Apart from the industry, the main agricultural products of the province are; figs, olives, strawberries and cotton.

The ancient name of the province of Aydin was Tralles. It was celebrated as the center of the sculpture, with a well-known sculpture school. The museum in Aydin exhibits the relics of many civilizations that have passed through this important center in Anatolia. The remains in the city date back to the 2nd century AD while you may see many examples of other periods in the environs of the province.

After 1186, Aydin was ruled by Seljuks who affected the architectural style of the city during that time. The local museum of Aydin displays artifacts from that time and the different periods of history.

A variety of fruits & vegetables is grown on the fertile lands of Aydin province, especially figs are world known. The city is also rich in folklore and legends. “Zeybek” is the traditional play of Aydin and around, played with the groups of two, four, six, or nine. Zeybek can be played with music or not, alternatively in slow and faster version. The man player of Zeybek is called “Efe”, a special name given to the courageous men in the area. The traditional cloth of Zeybek consists of a tasseled fez ornamented by flowers, striped wadded jacket. The knitted belt on the waist and gaiter on the calf are the accessories of the traditional clothes of Efe.

Aydin enjoys a reputation for its mineral springs and spas that are serving with their varied curing and healing properties. Aydin spa is the most famous one, having two close and one open pools. The temperature is about 31 degrees Celcius. There are also different spas in Imamkoy, Germencik and Alangullu, around the province of Aydin. 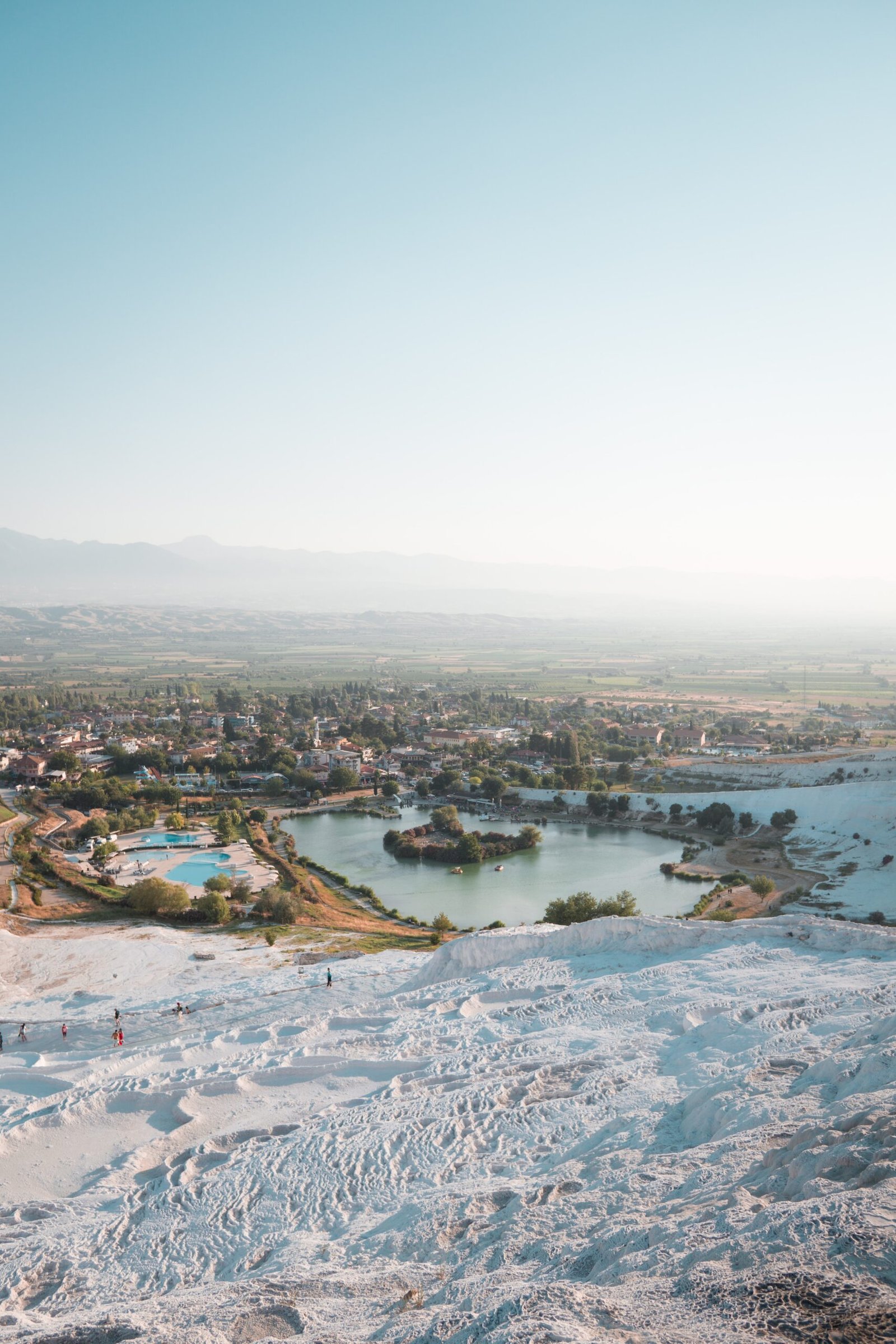 Aydin includes important historical sites within its borders; Nyssa, Priene, Miletos, Didyma, Aphrodisias and Heraklia are some of them.

There are several villages in the province that organize Camel Wrestling matches every year.

The Menderes Valley, formed by the Menderes (Meander) river has been the cradle of many civilizations. This region offers a variety of beauties all at once. Lake Camici (Bafa), on the way to Bodrum, is a secret camping spot, hidden amidst the pines, olives and oleanders facing the five peaks of the Besparmak Mountains on the eastern slopes on which are the ruins of Alinda. The ruins of the ancient city of Heraklia are closer to the lake giving campers by the lake the chance to the sightseeing.

This fertile valley has sheltered many important cities of past civilizations, the remains of which still preserve their grandeur and dignity.

For areas to visit near Aydin visit https://visit-turkey.org/destination/aegean-region/