The Mausoleum at Halicarnassus or Bodrum Mausoleum Museum know in Turkish as 'Halikarnas Mozolesi' was a tomb built for Mausolus, a satrap in the Persian Empire, and his sister-wife Artemisia II of Caria between 353 and 350 BC at Halicarnassus now Bodrum, Turkey. Satyros and Pythius of Priene, Greek architects, designed the structure.

The Bodrum Mausoleum Museum is situated on the Turgutreis Street in central Bodrum.

The Bodrum Mausoleum Museum was 45 metres (148 feet) tall, with sculptural reliefs on all four sides, each produced by one of four Greek sculptors: Leochares, Bryaxis, Scopas of Paros, and Timotheus. The mausoleum’s completed building was considered such an artistic accomplishment that Antipater of Sidon named it one of the Ancient World’s Seven Wonders. It was the latest of the six ruined marvels to be destroyed by earthquakes between the 12th and 15th centuries. The term mausoleum has now become synonymous with an above-ground tomb.

On the western coast of Asia Minor in the 4th century BC, Halicarnassus was the seat of a tiny provincial state under the Achaemenid Empire. Hecatomnus of Milas, the nominal monarch of the province, died in 377 BC, leaving the kingdom to his son, Mausolus. Under the Persians, Hecatomnus, a local satrap, acquired control of numerous adjacent cities and provinces. He had numerous further daughters and sons after Artemisia and Mausolus: Ada (Alexander the Great’s adoptive mother), Idrieus, and Pixodarus. Mausolus expanded his territory all the way to Anatolia’s southwest coast. For 24 years, Artemisia and Mausolus ruled over the surrounding territory from Halicarnassus. Despite his local ancestry, Mausolus spoke Greek and liked the Greek way of life and governance. He built many Greek-style communities along the shore and promoted Greek democratic values. 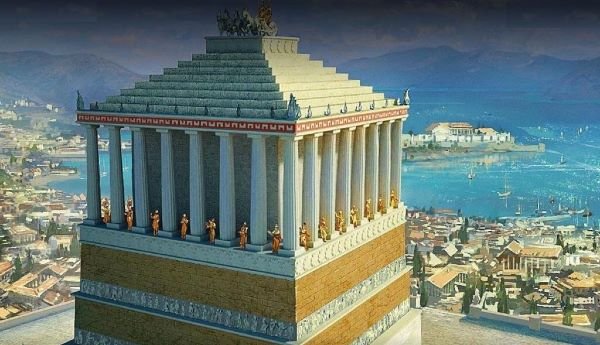 Mausolus planned to construct a new capital that was both secure and beautiful to look at. He chose Halicarnassus as his destination. Artemisia and Mausolus lavished lavishly on the city’s beautification. They commissioned marble statues, temples, and structures. Mausolus died in 353 BC, leaving Artemisia to rule alone. Mausolus had designed an extravagant burial for himself as the Persian satrap and the Hecatomnid dynasty. His siblings carried on the project when he died. Mausolus’ tomb became so famous that the word mausoleum now includes his name as the eponym for all stately tombs.

Artemisia only lived for two years after her husband died. The urns containing their ashes were placed in the tomb, which was still incomplete. The bodies of a huge number of deceased animals were deposited on the stairs leading to the tomb as part of a sacrificial ritual, and then the stairs were covered with stones and rubble, blocking the access. The craftsmen opted to stay and finish the work after their client died, according to historian Pliny the Elder, “thinking that it was at once a memento of his own reputation and of the sculptor’s art.”

Modern historians have pointed out that two years would be insufficient to decorate and construct such a lavish structure. As a result, it’s thought that building began before Mausolus’ death or was continued by his successors. The only distinction between the Mausoleum of Halicarnassus and a temple was its slightly taller exterior walls. The Mausoleum was located in the Greek-dominated district of Halicarnassus, which the Achaemenid Empire controlled in 353. It was erected by Satyros and Pytheus, according to Roman architect Vitruvius, who published a dissertation about it, which is now lost. According to Pausanias, the Romans considered the Mausoleum to be one of the world’s great wonders, and named all of their splendid tombs mausolea after it. 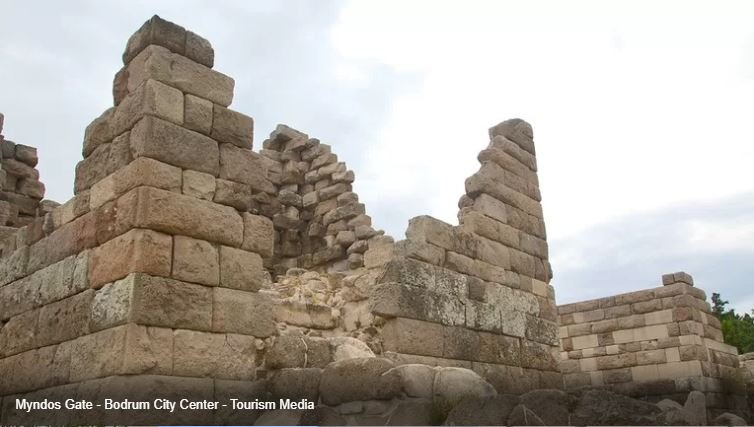 It is unknown when and how the Mausoleum fell into disrepair: “it was and is a wonder,” writes Eustathius in his commentary on the Iliad in the 12th century. As a result, Fergusson determined that the structure was destroyed, most likely by an earthquake, between this time and 1402, when the Knights of St. John of Jerusalem visited and noted that it was in ruins. However, Luttrell points out that the local Greeks and Turks at the time had no name for the massive ruins and no mythology to account for them, implying that they were destroyed much earlier.

The knights utilised many of the ruins’ stones to fortify their castle in Bodrum, and they also retrieved bas-reliefs to embellish the new structure. A large portion of the marble was turned into lime. Lord Stratford de Redcliffe was granted permission to remove the reliefs from Bodrum in 1846. 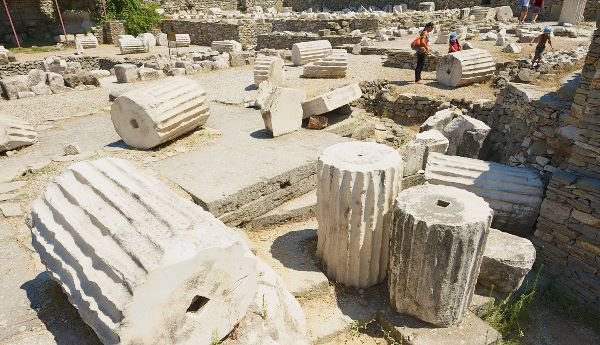 By the 19th century, just the foundations and a few shattered statues survived at the original site. Professor Donaldson first suggested the location, which was confirmed by Charles Newton, after which the British government dispatched an expedition. The three-year journey culminated in the delivery of the remaining marbles. Grave robbers broke into and destroyed the underground burial chamber at some point before or after this, but enough of it remained in 1972 to ascertain the layout of the chambers when they were unearthed.

The ancients classified this monument as the world’s seventh wonder, not because of its size or strength, but because of the beauty of its design and how it was embellished with sculpture and ornamentation. The tomb was Halicarnassus’ most important architectural monument, rising above the harbour in a commanding position.

An article about the Bodrum Mausoleum Museum: https://www.hurriyetdailynews.com/bodrum-seeks-return-of-mausoleum-pieces-30854

The Bodrum Mausoleum Museum is situated on the Turgutreis Street in central Bodrum.